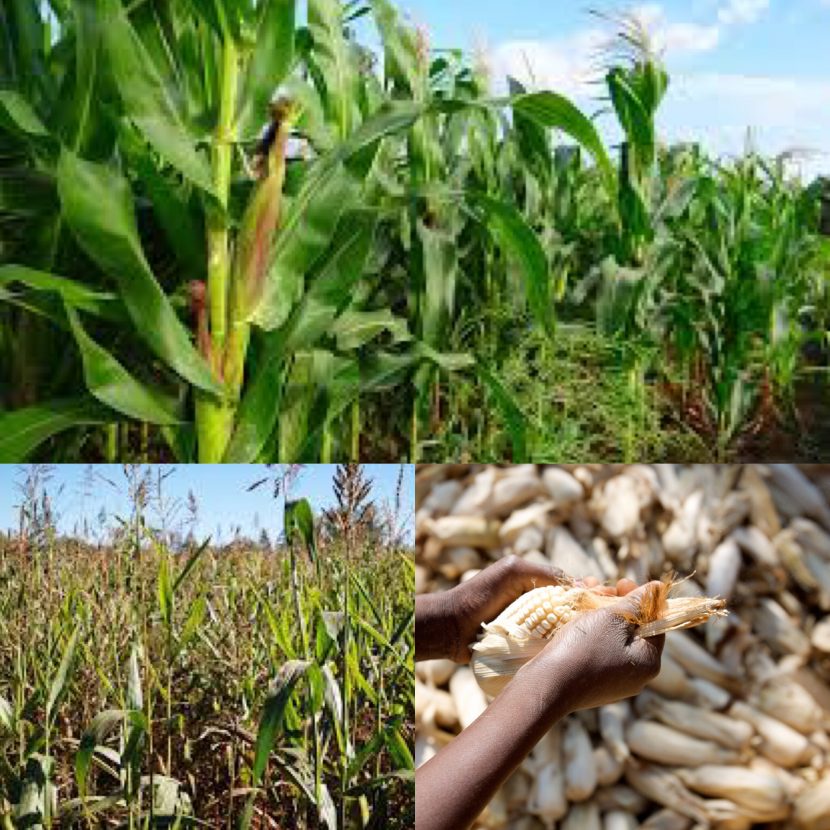 Bonfese Wanjala, a maize farmer from Siaya, who was close to abandoning his loss-making farming eight months ago, has been named as Wefarm’s latest Champion Farmer in Kenya, having increased his output 35-fold and led the way in raising the productivity of his fellow farmers on the Wefarm network.
Wefarm, which provides more than a million East African smallholders with a digital platform for share farming knowhow, has launched the monthly Champion Farmer initiative to reward farmers who are individually driving forwards Kenya’s agricultural productivity through information sharing.
Bonfese, who has won Sh10,000 of farm inputs as well as his Champion Farmer title, learnt first hand of the difference other farmers’ information could make in lifting productivity after he joined the Wefarm platform in March 2018.
At the time, he was close to giving up farming: “Production costs accrued to between Sh18,000 and Sh25,000. However, after a whole season. I would end up harvesting one or two bags of 60kg maize that I would sell at between Sh20 – Sh50 per kg.”
He also hesitated about joining the Wefarm platform, thinking he would be charged as he was with other farmer SMS platforms, but he later realized it was free.
That was a turning point, with the knowledge he then gained from posting questions to other farmers rapidly transforming his yields, into a harvest of 35 60kg bags of maize in one season from his one acre.
“Interacting with other farmers through Wefarm helped me learn how to till land during the rainy seasons; that Pioneer seeds are best suited for short rains season, while H614 and H612 seeds are best used during the long rains season; how to prevent Fall Armyworm pest and Stringa weed from invading my crops, and when to use solid and liquid fertilisers,” said Bonfese.
The change was so dramatic that Bonfese readily engaged with the Wefarm Champion Farmer challenge when it turned to maize farming as the monthly theme chosen based on trending issues and crop seasonality.
The kind of help he offered included advising one farmer who lived a long way from a water source that the best fertilizer to use was organic foliar, because it comes in liquid form that makes its absorption faster than synthetic fertilizer, which is solid and requires a lot of water for absorption.
“Farmers are often the best and most relevant source of information and experience for their fellow farmers. It is for this reason that we have invested so heavily in creating a platform to facilitate cross sharing, through Wefarm and the Champion Farmer initiative,” said Kenny Ewan, CEO Wefarm.
In fact, Bonfese’s contribution brought in more new farmers and the highest levels of engagement of any of the participating maize farming contributors.
Moreover, his win comes as the industry has suffered a concerted flight by farmers, on losses, crop pests and diseases, lack of storage and poor markets. Last year, maize production in Kenya dropped by 32 per cent, from five million bags in 2016 to 3.7 million in 2017, due to crop infestations and diseases.
“Transforming output across our staple crop with farming knowhow is actually a national contribution when our crops are plummeting on agricultural and market challenges, which is why we have moved to recognize farmers such as Bonfese, who are emerging as game changers,” said Kenny.
Wefarm awarded Bonfese the inputs of his choice, which were fertilizer, a solar system, two hoes and a machete, as well as a fully paid trip to attend one of Wefarm’s weekly radio talk shows to speak on raising maize yields in the face of so many current challenges.
His win was the second in the Wefarm competition, with Andrew Biwott, a tomato farmer from Iten, Elgeyo Marakwet, the first to win in the tomatoes competition. Wefarm’s goal is to run the initiative every month in driving the country’s agricultural output ever higher.
About Wefarm
Wefarm, the world’s largest farmer-to-farmer digital network, lets small-scale farmers connect with one another to solve problems, share ideas, and spread innovation. Utilising the latest machine learning technology, Wefarm’s service works both online and over SMS. Knowledge shared on Wefarm can help farmers produce higher quality product, increase yields, gain insight into pricing, tackle the effects of climate change, diversify agricultural interests, and source the best seeds, fertilisers, and loans.
Since its founding in 2015, Wefarm has been named one of Africa’s Most Innovative companies by Fast Company and has won Google’s Impact Challenge Award, TechCrunch’s Europas Tech for Good Award, and the European Union Commission’s Ideas from Europe prize, among others. The company is headquartered in London with offices in Nairobi and Kampala. Wefarm is backed by True Ventures, LocalGlobe and Accelerated Digital Ventures and the Norrsken Foundation. For more information, visit http://wefarm.org, follow Wefarm on Twitter @wefarm and connect with Wefarm on Facebook or LinkedIn.

Thankyou for Investing in our Projects!
Because of your Generous support, our Women and Girls are now a step forward to achieving their Dreams!